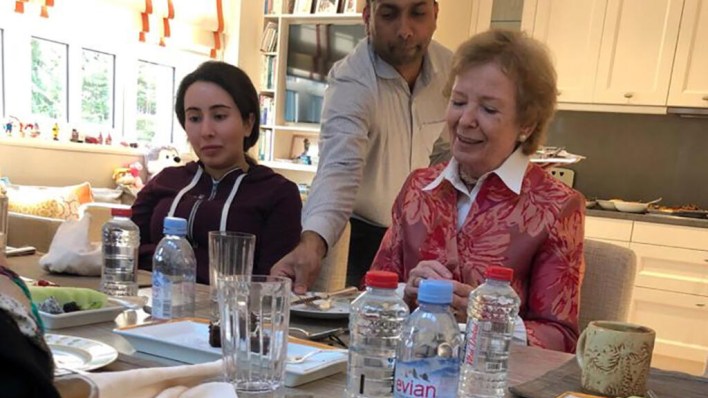 The BBC reported Thursday that Sheikha Latifa, the daughter of the ruler of Dubai, sent a handwritten letter to the British police to demand that the investigation into the kidnapping of her older sister Shamsa, now 39, who was kidnapped at the age of 18 from a Cambridge street in 2000, did not appear in public. since then.

I wrote Sheikha Latifa The daughter of the ruler of Dubai sent a letter to the Cambridge Shire police to ask her to reopen the investigation into the kidnapping of her older sister from a Cambridge street in 2000, according to the BBC on Thursday.

In her handwritten letter seen by the BBC and dated in 2018, Sheikha Latifa asked Cambridge Shire police to return to focus on the case of her now 39-year-old sister Shamsa, who was kidnapped at the age of 18 and has not appeared in public since. Reuters did not see the letter.

The Dubai Government Media Office did not immediately respond to a request for comment.

Cambridge Police have confirmed that they have received a letter dated February 2018 in connection with the case and that it is subject to continuous follow-up.

Sheikha Latifa herself, 35, has sparked global concern because of a video message in a bathroom that the BBC obtained, saying that she was being held in a fortified villa.

The UAE said last week that Sheikha Latifa was under the care of her family and doctors at her home.

Their father, Sheikh Mohammed bin Rashid Al Maktoum, denied the findings of a High Court judge in London last year, who said he accepts the veracity of what is said about their father issuing an order to kidnap them.

Britain called on the UAE to provide evidence that Sheikha Latifa is still alive.