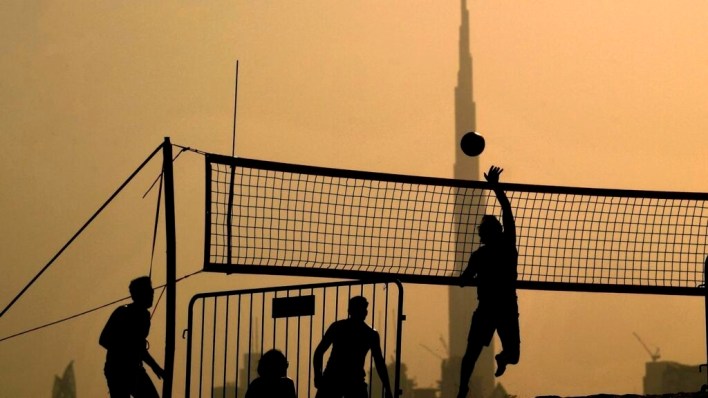 After two German players protested and threatened to boycott, the International Federation confirmed on Tuesday that female beach volleyball players would be allowed to wear a bikini at an international tournament hosted by Qatar next month. The Qatari Federation had denied any request related to the maths dress, but the manager of the two players ’business indicated that the Qatari federation’s statements were incorrect. The regulations on the World Tour website stated clearly that “all the female teams participating in the competition should wear a short-sleeved shirt and wear sports pants that reach the knee.”

Players in beach volleyball were allowed to wear a bikini at an international tournament they hosted Qatar Next month, according to what the International Federation announced on Tuesday, after two German players and their coach were threatened with a boycott to protest the imposition of clothing that respects local traditions.

Strict dress rules have prompted world champions Carla Burgers and Yulia Souda to refuse to participate in the next round of FIFA tournaments in March hosted by Qatar, and were joined by national team coach Helke Klasen.

Did the Qatari Federation set conditions for dress?

In a statement, the Qatar Volleyball Federation denied any similar request, stressing that it “did not demand anything that mathematics should wear in this event,” noting that “it fully respects the FIVB’s code of conduct, and we have shown this in many events in Qatar. In the past, including the World Beach Games 2019 organized by the Federation of National Olympic Committees (ANOC), where athletes were free to compete in international uniforms as is the case in other countries.

However, the manager of the two players’ business, Konstantin Adam, said that this matter “is not correct,” adding, “The matter is stipulated in the laws as of the date of February 16th.”

The regulations on the World Tour website stated clearly that “all the participating women’s teams should wear a short-sleeved shirt and wear sports pants that reach the knee.”

The site also provided a diagram showing the “minimum length” of clothing to be worn “in order to comply with local culture and traditions.”

The International Volleyball Federation clarified the issue, noting that the Qatari Federation assured it that “there are no restrictions on wearing the usual uniforms for women.”

“The International Volleyball Federation strongly believes that women’s beach volleyball, like all sports, should be judged on the basis of performance and effort, not fashion.”

“Therefore, during the competition in Doha, if the competitors wanted to wear the regular uniform, they would be free to do so,” he said.

The director of the German Volleyball Federation Niklas Hildebrand told the daily Sueddeutsche, “She (Klasen) has informed me that she will not go to Qatar Because she feels that she is not respected as a woman. “

Bürger, who has won the support of the DFB, said she would be happy to “adapt to any country,” but the high temperature in Doha meant a bikini was necessary.

Her colleague Souda indicated that Qatar had previously excluded female athletes from the World Championships that it hosted in 2019.

Venezuela expels the European Union ambassador, on the grounds of sanctions, and the latter calls on her to "return" to her decision