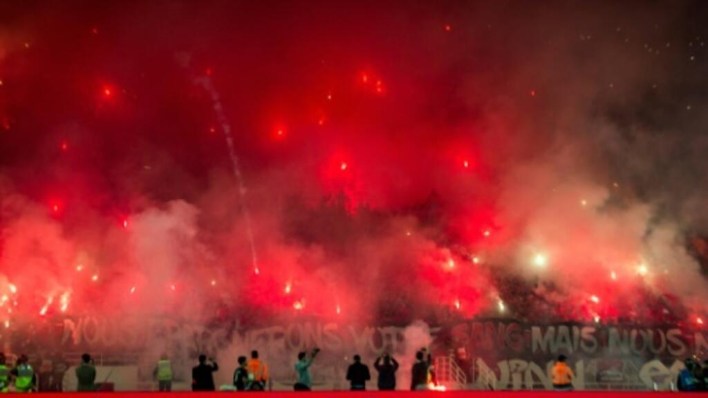 The Egyptian Football Association announced that it could not host the Wydad Casablanca and Kaizer Chiefs match in the African Champions League at home, explaining that his apology came “due to the inadequacy of the new date and the circumstances surrounding the match with the current links.” The interview was scheduled for February 19, before it was changed to the 28th of the same month.

The Egyptian Football Association apologized for hosting a match Wydad Sports And South African Kaizer Chiefs in the African Champions League in football, after changing its date from February 19 to February 28, according to an official statement published on Wednesday through his account on Twitter.

“The Egyptian Football Association has apologized to both the Confederation of African Confederation and the Moroccan Federation for not hosting the Wydad Sport and South African Kaizer Chiefs in the African Champions League, which has been postponed from its predetermined date,” the association’s tweet said.

“The Egyptian Federation’s apology came due to the inappropriateness of the new date and the circumstances surrounding the match with the current commitments,” he added.

The Egyptian Football Association had previously agreed to host the aforementioned match on the 19 of this month at Al Salam Stadium in Cairo, before it was postponed to the 28th of the same month.

The Clubs Committee of the African Confederation (CAF) decided to reprogram the match between 16 and 20 this month, in a neutral country chosen by the Moroccan Federation.

The match was scheduled for February 13th, but the Moroccan Federation – the Moroccan Football Federation – sent a letter to “El Kef” a few days ago, informing him that the local authorities were refusing to hold a match against Wydad and its guest Kaizer Chiefs at the Mohammed V Stadium in Casablanca “because of safety.” Health related to recent developments of the Coronavirus pandemic. “

Morocco imposes a ban on flights with South Africa, due to the new strain of Corona virus. Wydad competes with Kaizer Chiefs in Group C, alongside Huria of Guinea and Petro Atlético of Angola.