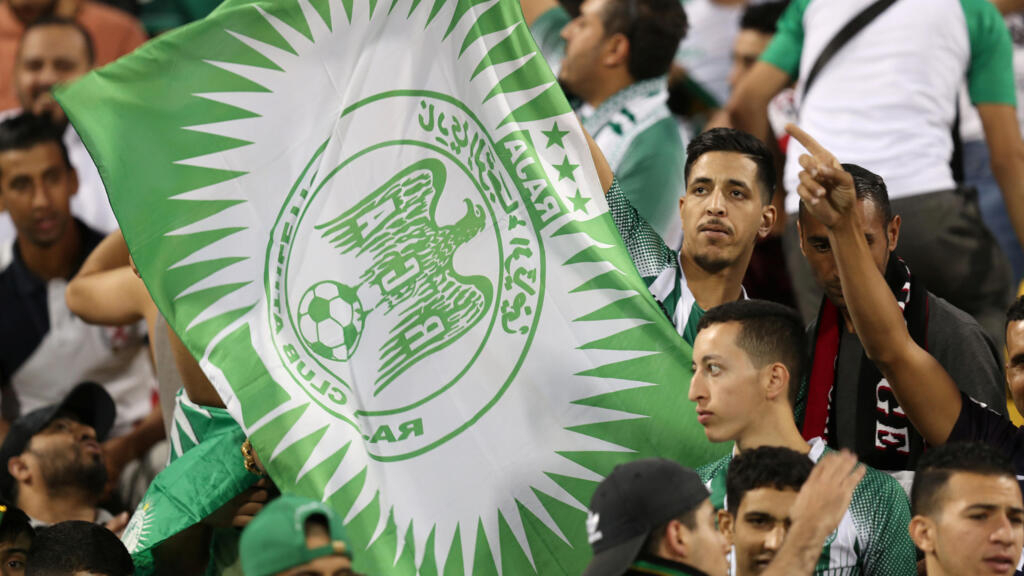 Tuesday in the Tanzanian capital, Dar es Salaam, the Egyptian Al-Ahly team received its first defeat in the framework of the first group matches of the African Champions League against the owners of the land Simba team, with a goal for none, and thus Al-Ahly, the defending champion, relinquished the top of the group to Simba to sit in third place. In the same competitions, Moroccan Wydad Casablanca started its journey in the tournament with a precious away victory over Pietro Atlético of Angola with a goal without a response.

Simba, the Tanzanian, kidnapped the top of the first group with his deserved victory over Al-Ahly with a clean goal on Tuesday, in the presence of 50 thousand fans gathered in the National Stadium in the capital Dar es Salaam in the second round of competitions The group stage of the African Champions League for football.

It is the first loss for Al-Ahly Africa since South Africa’s Pitso Musimane took charge of coaching the team last October.

The Mozambican winner, Luis Micisoni (31), scored the winning goal for his team to 6 points at the top of the group, while Al-Ahly’s balance stagnated at 3 points, retreating to third place, while Vita Club climbed to second place with the same points balance and goal difference after achieving a big victory over its Sudanese host Al Merrikh. 4-1 to the latter at the bottom of the table without balance.

Simba was the most possessive and the most dangerous, thanks to the movements and speed of the pentagram of Mikisoni, Klatus Chama, Hassan Salih DeLonga, Kues Mugalo and Tadio Luna.

The landowners’ breakthroughs varied from sides and depth, despite the defensive conglomeration of Al-Ahly players, however, Mohamed El-Shenawi’s brilliance prevented Simba from scoring an early goal.

The offensive pressure of the owners of the land continued, and Al-Ahly players relied on the counterattacks, and Kahraba almost scored a goal from Junior Ajay’s pass, but he hit a ball over the crossbar.

Simba succeeded in opening the scoring with a powerful shot by Mikisoni from outside the penalty area, which entered the upper left corner of the Al-Shennawi goal (31).

With the passage of time, it became clear that the Al-Ahly players were affected by the high temperature and humidity, as well as the absence of the Tunisian expertise elements, Ali Maaloul, Taher Mohamed Taher, Walid Suleiman, Salah Mohsen, and Hussein Al-Shahat for suspension.

Simba’s players continued their pressure and shot a powerful Muluga from inside the penalty area (40). El-Shennawi sent her away to a corner with difficulty, saving his goal from a second goal.

Al-Ahly’s performance improved slightly with the start of the second half, although the risk was for the fastest and most widespread Simba players.

Hamdi Fathi’s header passed by the left post of Aichi Manola’s goal (52), and Yassin Mozamiro responded with a powerful shot that El-Shennawi sent away (72).

The 90th minute announced Al-Ahly’s most dangerous chances in the match, with Mohamed Sharif’s shot from inside the penalty area, which Manola removed it to a corner with difficulty.

A precious win for Wydad at the beginning of his career

Morocco’s Wydad Casablanca opened its campaign in the African Champions League football with an important victory away from Angola’s Petro Atlético 1-0 at the “November 11th” stadium in Luanda in the second round of the Group C matches.

The “Wedad El Omma” players were affected by the hot atmosphere in the Angolan capital, and the Moroccan team suffered a severe blow by international goalkeeper Ahmed Reda Al-Teknouti after hitting his colleague Sofiane Al-Mouden, so Tunisian coach Faouzi Benzarti was forced to replace him with the third goalkeeper in the team, Yannis Hanin (21 years), as the goalkeeper was absent. The second, Issa Al-Sioudi, due to his infection with the Corona virus.

The visiting team could have advanced by a comfortable difference in the first half if international striker Ayoub al-Kaabi had taken advantage of the opportunities that had arisen in front of him, especially a penalty awarded by the referee after defender Jose Matwela intercepted Walid al-Karti’s cross with his hand, and goalkeeper Antonio Dominique managed to save Kaabi’s shot (35). Two minutes, Al-Kaabi hit a favorable ball while he was facing the goal, but over the bar (37).

Benzarti gave his team an offensive addition in the second half after the duo brought Mohamed Onajem and Ayman Al-Hassouni instead of Tanzanian Simon Mesova and Karti, and the Moroccan team dominated the course, and Ghanaian defender Moussa Enousah removed the ball for Onagem from the goal line (55).

Then the Libyan Moayad Al-Lafi hit the depth of the Angolan defense with a through pass, to separate Al-Kaabi and score in the empty goal after overcoming goalkeeper Dominic (71).

Two minutes later, the referee awarded a penalty kick to the owners of the land, after a strong intervention from Wydad defender Amin Aboul Fateh against Dani Satonio. Wydad knew how to maintain its lead to snatch three valuable points, which was the first victory for Wydad away in the competition in nearly three years.

Wydad will go directly to the Burkinabe capital, Ouagadougou, where Kaizer Chiefs will host southern Africa next Sunday, which is the postponed match from the first round, as the Moroccan authorities refused to allow the guest team to enter its territory for fear of the spread of the new strain of Corona virus.

This is the second loss in a row to Petro Atlético after the first against Horiya Conakry, who later meets with his host Kaizer Chiefs.

Top 5 .. Turkey responds to the "harassment" of its ship ... and an Egyptian-Qatari meeting in Kuwait