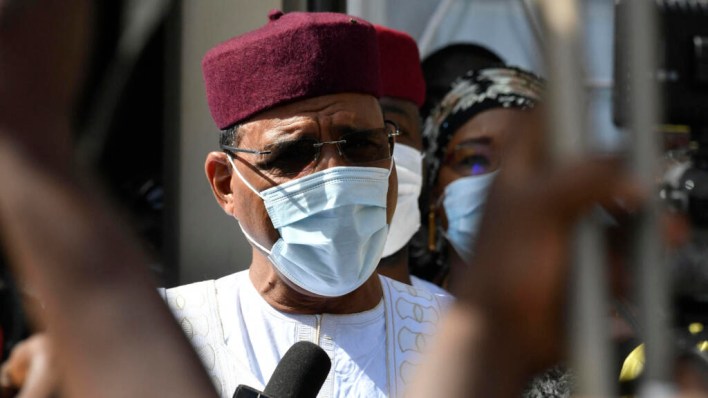 The Independent National Elections Commission in Niger announced Tuesday that Mohamed Bazoum, former Minister of the Interior and the right arm of the outgoing president, Mohamedou Issoufou, won the second round of the presidential elections that took place last Sunday, with 55.75 percent of the vote, with interim results awaiting presentation to the Supreme Court for approval. Opposition candidate Mahamani Osman got 44.25 percent in a result described by Valki Bacharo, his campaign manager, as “electoral robbery”, urging the public to protest against it.

In the presence of senior officials and members of the diplomatic corps, Isaka Sunna, head of the Independent National Elections Commission, announced that former Interior Minister Mohamed Bazoum, the candidate of the ruling National Democratic Rally in Niger, had won Presidential elections With a rate of 55.75%, the opposition candidate, Mahamani Othman, received 44.25%. Suna stated that “these results are temporary and must be submitted to the Constitutional Court for evaluation.”

Earlier, Osman’s campaign manager Falki Bacharo described the results as “electoral robbery” and urged the public to protest against them.

The elections held on December 27 and followed by a second round on Sunday are the first democratic transition in the history of Niger, which witnessed several coups.

Bazum, 60, who is the right arm of outgoing President Muhammadu Issoufou, won just over 39 percent of the vote in the first round. Osman, 71, was the country’s first democratically elected president in 1993 but was ousted in a coup three years later. Osman received less than 17% of the vote in the first round, but a coalition of 18 opposition parties promised him to vote for him in the second round.

The United Nations Development List of 189 countries ranks Niger as the poorest country in the world and is struggling to eradicate Islamic rebel movements An extremist group is attacking it from Mali in the west and Nigeria in the southeast.