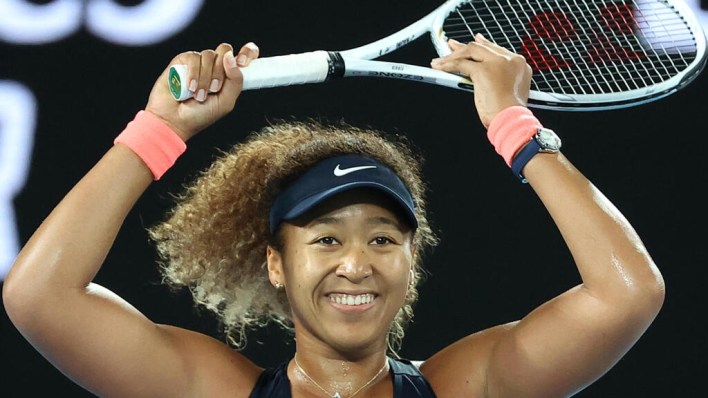 World number three, Japan’s Naomi Osaka, won her fourth tennis title after her deserved victory in the Australian Open final over American Jennifer Brady 6-4 6-3 in a 77-minute match on Saturday that took place in the midst of a crowd in Melbourne. The Japanese became the first player since the Yugoslav-American, Monica Seles, to win her first four Grand Slam finals.

This is the second coronation for Osaka, 23, in Australia after 2019, knowing that she also won the American Flushing Meadows titles in 2018 and 2020.

The Japanese became the first player since the Yugoslav-American Monica Seles (1990-1991) to win the first four Grand Slam finals in which she competed.

The former world number one will move Monday to second place and Brady to thirteenth. Since winning her first title at the expense of veteran American Serena Williams, Osaka has won half of the titles in the major tournaments she has participated in.

On the other hand, Brady, ranked 24th in the world, achieved the best result in her career, after reaching the semi-finals of Flushing Meadows 2020 and losing to Osaka in particular by three sets in a passionate confrontation.

Osaka, the highest-paid athlete in the world, went to Brady, “We played in the US Open semi-finals a few months ago, and I told everyone you’d be a problem.”

The player who saved two crucial balls against Spain’s Garpigny Mogorosa in the fourth round followed and was on the brink of exit, “And I was right. Watching your development has been remarkable in the past few months.”

Brady, 25, who won a single title in her professional career, grew up facing Osaka in local junior tournaments in Florida, and had promised herself to prevent her opponent from imposing her style.

But the Japanese armored vehicle dominated the match, especially the second group, without providing its best levels, to achieve the title in front of thousands of fans relatively returning to the stands after the end of a five-day closure period within the tournament for fear of an outbreak Corona Virus.

Osaka expressed the feeling of victory, saying, “I am simply living my dreams … I always shiver (at the end of the matches). I thank God for three chances to resolve the match.” She added, “Seriously, relatives of each tournament. I just want to be coherent, and this is my main goal this year.”

Regarding the way she celebrated, she said, “Maybe I will go see some cartoons … maybe (eat) pizza … and go to sleep.”

And Osaka, who did not lose a match after surpassing the fourth round in the major tournaments, excluded veteran Serena Williams in the semi-finals by winning 6-3 6-4 to end another attempt by the American in its endeavor to equal the absolute record in the number of major tournaments for women (24) registered as Australian Margaret Court.

As for Brady, she competed the championship after arriving in Australia for a 14-day quarantine, as she was unable to leave her room to train, while other players got the opportunity to go out for a few hours for training.

The player who did not like tennis before entering college, on her way to the final, did not face any player higher than her in the classification, after the exit of her compatriot Sophia Keenen, the defending champion and world fourth, and Australian Ashley Barty, the number one in the world, who were drawn in her path.

“I think I belong to this level. Winning the Grand Slam tournament is possible. It is within reach,” said the American player, who belongs to the category of the best players in the world. “Of course I was nervous and things did not work in my favor, but after leaving the stadium, I felt that things are normal,” she added.

What is the secret of Britain's rejoicing after Megan and Harry announced their second child?