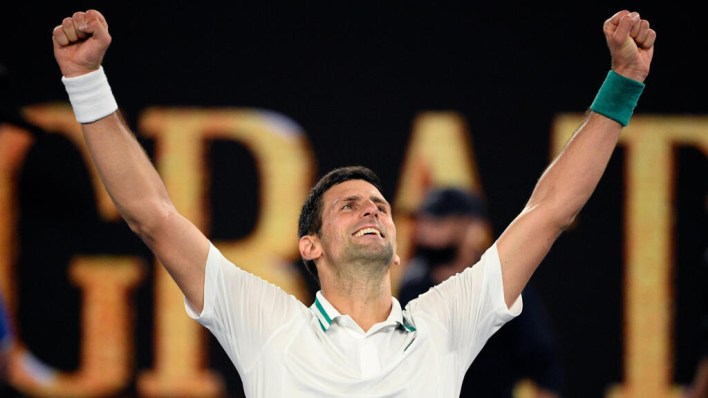 Novak Djokovic won the Australian Open tennis championship for the ninth time, after defeating Russian Daniel Medvedev on Sunday in three sets, 7-5, 6-2, 6-2. This title is the 18th of the Serbian, the world number one, in the Grand Slam, to become two titles away from Federer and Nadal, who have 20 titles each.

Serbian crowned Novak Djokovic With his ninth title in Australian Open In tennis on Sunday, after defeating Russian Daniel Medvedev by three clean sets, reducing the difference with Roger Federer and Rafael Nadel in the number of Grand Slam titles (i.e., the Grand Slams: Melbourne, Paris, Wumbledon and New York).

With this, the Serbian won his eighteenth Grand Slam title, becoming two titles away from Federer and Nadal, who have 20 titles each.

Consequently, Djokovic has been crowned the Australian championship title in all the final matches he has fought so far in Melbourne, while Medvedev failed to win the first major crown in his career, but he will climb to third place in the world for the first time in his career on Monday.

Egypt: Tamer Amin's program was halted and referred for investigation after offensive comments by Upper Egyptians