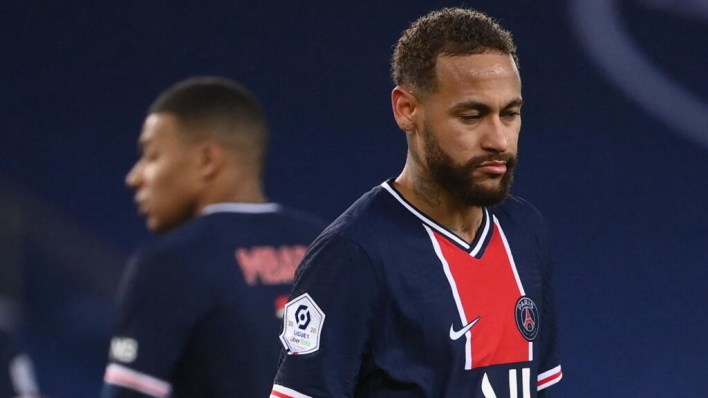 In the framework of the French Football League, the title holder, Paris Saint-Germain at home, was led by two goals to zero in front of Monaco and thus failed to tighten the pursuit of the leaders in the 26th stage competitions. While Lille won a broad victory over its host Lorient 4-1 Sunday, what enabled him From being alone at the top of the league. After this round, Lille was ahead of Lyon by three points, which temporarily topped the standings by beating Brest 3-2 on Friday, four points ahead of the Parisian club, which is in third place.

Lille regained his balance and lead French Football League After he returned to the winning streak by defeating his host Lorient 4-1 on Sunday, while the defending champions fell Paris Saint-Germain At home against Monaco 0-2 and failed to tighten the screws on the leaders in the 26th stage competitions.

Lille raised his score in the lead to 58 points, 3 points ahead of runner-up Lyon, who was temporarily topped by beating his host Brest 3-2 on Friday and four ahead of Saint-Germain, the third.

Lyell compensated for his European loss against Ajax Amsterdam 1-2 in the most prestigious European competition, by winning the seventh in his last eight matches in the “League 1” for one draw, knowing that his last loss was due to the 18th stage against Angers 1-2.

Lille achieved his seventh successive victory away from home in the league for the first time in its history, as well as halting the advance of Lorient, whose balance has frozen at 23 points in the 18th place, after winning 11 points out of 15 possible in his last five matches.

Lille opened the scoring through friendly fire after Andrew Gravillon accidentally diverted the ball into his team’s goal as he tried to block a shot by Turkish defender Mehmet Zaki Celik (20).

And the owners of the land leveled, thanks to a ball by defender Jerome Hergo in the opposite corner of the goalkeeper (23), which is the first goal to score the net of Lille after five clean matches in the “League 1”.

The guest led again through Jose Fonte after a bad dispersion of the ball and reached the Lille defender, who fired a powerful ball from outside the area and settled into the net (38).

Lille added the third from a direct free kick from outside the penalty area, which was successfully executed by Jonathan Icone (59), and the fourth with a powerful ball from the Croatian defender Dumago Bradaric (90 + 1).

At the “Parc des Princes” stadium, Monaco inflicted its sixth defeat in Paris Saint-Germain this season in the league by beating it with two clean goals, and it became the first team to win the defending champions back and forth in nearly 10 years.

Monaco raised its score to 52 points in fourth place, two points behind St. Germain, and entered the race for the local title by tightening the screws on Lille and Lyon.

The emirate club maintained its record free of loss in its last 11 matches in the “League 1” (9 wins against two draws), which is the best continuous series in the league, and the best in the club’s history since the series that extended between December and April 2017 ( 17).

He also stopped a series of 6 successive victories for the capital club at home in the league, which is the longest series since August 2018 – March 2019 (15). As for the last loss, before this evening, Saint Germain in the “Parc des Princes” went back to December 2020 against Lyon, 0-1.

“We were physically strong”

Monaco captain Wissam Ben Yedder said, “We had a great game and we were very strong physically.” “We knew that they would suffer physically after the Barcelona match. It is an important match for them and we tried to do what we usually do.”

Ben Yedder emphasized that the match was not easy and “we ran a lot, and there are still many games. The tournament is now competitive. The first four clubs (Saint-Germain, Monaco, Lille and Lyon) will compete for the title.”

Saint-Germain was a Yemeni, building on its 4-1 victory over Barcelona in the first leg of the final round of the Champions League competition on Tuesday.

And the Argentine coach of Saint Germain, Mauricio Pochettino, decided to keep his winning squad over Barcelona, ​​except for putting Italian midfielder Marco Verratti on the bench, and Spain’s Ander Herrera instead of him in the middle.

On the Monaco side, his Croatian coach Niko Kovac did not make any changes to his regular squad, but he knew how to fortify his defense to completely reduce the danger of the attacking trio, Kylian Mbappe, who scored a hat-trick against Barcelona, ​​Argentine Mauro Icardi and Italian Moise Kean.

Soon, the emirate club opened the scoring after Sofiane Diop translated a collective effort and exchanged the ball after a cross pass from German Kevin Folland on the left corridor to the second post. Robin Aguilar turned his head to the goal holder, who in turn followed it with a header into the net of the Costa Rican goalkeeper Keylor Navas (6). It is the 11th game in a row during which Monaco has scored the net (29 goals in total).

Saint-Germain almost equaled the cuff with a powerful shot from 30 meters for Senegalese Idressa Guy Gawart, the post (35).

In a similar picture to the first half, the guest added the second goal quickly after the start whistle, following a series of mistakes from the Parisian defense, invested by Chilean Guillermo Mariban, and he hit a creeping ball from inside the area that deceived Navas (51).

Pochettino tried to restore his team to the atmosphere of the meeting, so he activated the midfield by taking out Guy and Herrera and inserting Brazilian Rafinha and Ferrati instead.

The two teams exchanged dangerous attacks, so Principal goalkeeper Benjamin Lecont made two headers for Ken (60), and Voland responded with a header that also passed by the post (62).

The substitutions took place at the owner of the land, so the Argentine Leandro Paredes and Icardi came out and replaced them by German Julian Draxler and Portuguese Danilo Pereira, and coach Kovac responded with substitutions in the middle and defense.

With Kane, who preferred shooting rather than passing the ball to Mbappe (77), the emirate club defense was relentless to maintain its lead and come out with the three points.

"Maghreb summit" between Esperance and Mouloudia of Algeria, and tough matches for Al-Ahly and Zamalek

A picture of the Egyptian actress Mai Omar from 11 years provokes an interaction, and this is what her husband commented on