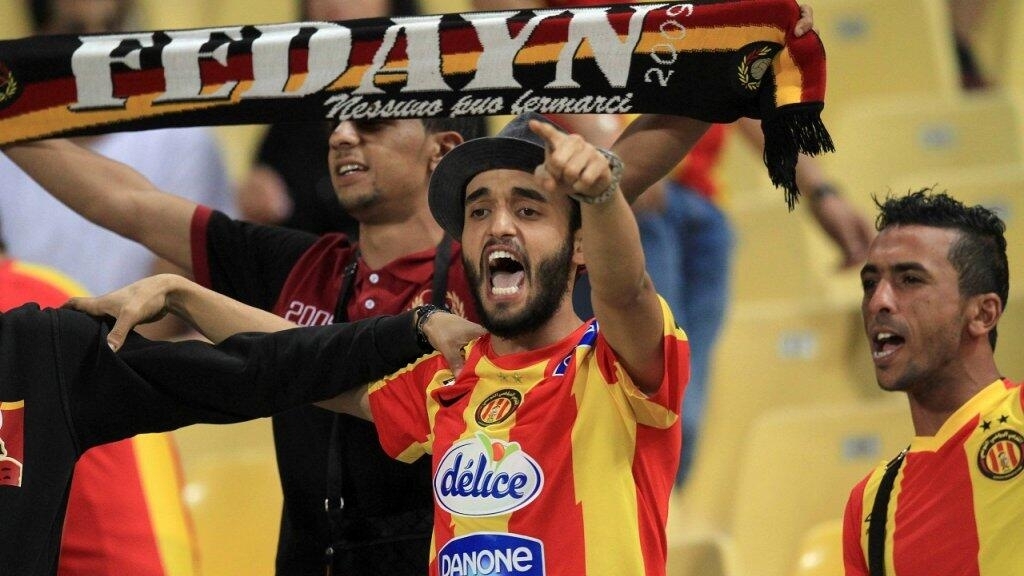 Tuesday will witness the second round of the African Champions League football “Derby of Maghreb” between Tunisian Group B leaders Esperance and its neighbor Mouloudia Algeria, who hopes to overcome his local difficulties at the “5 July” stadium. While Egyptian Zamalek faces in the same group in Dakar, Senegal, the Tongit team, looking to compensate for their draw with Mouloudia Algeria and achieve an important victory in the Iron Group. The defending champion Al-Ahly of Egypt will face the Tanzanian team Simba in a difficult match due to several factors, the most important of which is the extremely high temperature and humidity.

The summit in the Maghreb will be between Esperance and its host MC Algeria At the forefront of the matches of the second round of the group stage of the African Champions League football Tuesday, while running Al-Ahly of Egypt The defending champion, runner-up and fellow countryman Zamalek have made two difficult trips against Simba, Tanzania, and Senegalese Tonga, respectively.

Attention turns again to Group D, “Al-Hadid”, as Esperance, the four-time champion of the competition, most recently in 2018 and 2019, is a heavy guest to MC Algiers at the “5 July” stadium, seeking to consolidate its lead with a second successive victory, while the owner of the land hopes to overcome his difficulties. Local and achieve three points that put it at the center of continental competition.

The “Bab Souika” team opened its matches with a very difficult victory over Senegalese Tonghet at its home in Brads, and was crowned fall champion in the Tunisian league after its broad victory over JS Kairouan 3-0. Tunisia’s champion coach Mouin Chaabani admitted that his team will face a very difficult confrontation against a difficult team at home, and during a television interview he called on his players to be cautious.

Chabani misses his international goalkeeper, Moez bin Sharifia, because of his infection with the Covid-19 virus and defender Raed Al Fada, but his squad includes four Algerian players, namely, Elias Al-Shti, Abdel-Qader Badran, Abdel-Raouf Bin Eith and Abdel-Rahman Meziane, who will face their own people.

The Esperance squad also includes a group of distinguished players in the midfield, in the presence of Muhammad Ali bin Ramadan, Ghanaian Khaled Abdel Basit and Anis Al-Badri, as well as Libyan winger Hamdo Al-Huni, who returned from injury.

The Algerian team hopes to overcome many difficulties it has recently encountered on the administrative and financial levels, and to focus on the continental competition. The squad of coach Abdel Qader Al-Amrani does not know any absences after the return of all the injured.

In the same group, the five-time defending champion Zamalek is going through an arduous journey to Dakar to face its host Tongit, and he is looking forward to recording his first victory in the competition after a goalless draw with Mouloudia.

The flight of the “White Castle” team was full of difficulties before its arrival in Senegal, as it lasted about 23 hours, during which it stopped twice at Hassi Messaoud airport in Algeria, due to the lack of permission to fly through Mauritanian airspace to cross the plane in Mali airspace to Dakar.

In addition, an administrative error resulted in the deprivation of Portuguese coach Jaime Pacheco of the services of midfielder Mohamed Ashraf “Roqa”, who joined the duo Mahmoud Hamdi “Al-Wansh” and Hazem Imam, who were absent due to injury.

After the elimination of Moroccan Raja from the 32nd round and the embarrassment of Esperance in the first round, Tongit confirmed that he has something to offer in the tournament, led by a group of good players, like his scorer Djibril Cisse.

Egypt’s Al-Ahly, the defending champion and the third World Cup holder, travels to the Tanzanian capital, Dar es Salaam, to compete with its host Simba at the top of Group A.

South African coach Pitso Musimane is aware that the match will be difficult to exhaust his players due to the pressure of the matches, as well as the difficulty of facing the Tanzanian team at home and in front of its fans, as about 30,000 spectators are expected to attend the match.

Team coach Sami Qamis revealed that Al-Ahly is fully prepared for the match, and added to the club’s official website: “Simba differed from past seasons and became distinguished, and scored an important victory in his first match against host Vita Club (1-0).” He added, “There are many other factors Al-Ahly faces that make it difficult to face Simba, especially the extremely high temperature and humidity.”

Al-Ahly, the nine-time champion of the competition, started the campaign to defend its title last Tuesday, with a wide victory over its Sudanese guest Al-Marsikh, with three goals, and seeks to continue its victories with the presence of a distinguished constellation such as Mohamed Magdi “Afsha”, Moroccan defender Badr Bannon, Mahmoud Abdel-Moneim “Kahraba” and Zambian newcomer Walter Bwalia.

Simba’s coach Didier Gomez knows a lot about Al-Ahly because he had previous experience with the Ismaili, and Zambian winger Clatus Chama is the most prominent key to playing the home team, along with veteran John Poco and Kenyan Francis Kahata.

In the same group, Mars hopes to correct his course and collect his first points, when he hosts the Congolese Democratic Vita Club in Khartoum.

The Corona pandemic continued to affect a number of matches, as the confrontation between the Algerian youth Belouizdad and its guest Mamelodi Sundowns of South Africa was transferred to the Tanzanian capital, Dar es Salaam, to be held on February 28th, due to the Algerian authorities’ refusal to allow the delegation of guests to come to the capital for fear of the spread of the good strain. From the coronavirus.

Mamelodi had opened his matches with a comfortable 2-0 victory over Al Hilal, while Belouizdad and his guest, Mazembe, the Congolese Democratic, drew negatively.

In the same group, Mazembe is a heavy guest on Al Hilal in Khartoum, which is the only match that will be held Wednesday in the second round.

The Sudanese team, led by its Serbian coach Zoran Manulovic, hopes to revive its hopes in a difficult group and achieve the first points, as it will count on a group of Sudanese internationals, most notably defender Faris Abdullah, striker Walid Bakhit, Al-Ajji Mohamed Ouattara and the Congolese Fini Kombe.

A first look at Wydad

The South African clubs Sundowns and Kaizer Chiefs confused the competition schedule due to the mutated strain of Corona virus, as some countries refuse to receive them, as happened in the first round in a match. Moroccan Wydad And the postponed Kaizer Chiefs, which will be held in the stadium of the capital of Burkina Faso, Ouagadougou, on February 28.

The first appearance of Wydad will be from the Angolan capital, Luanda, after a 23-hour trip via Dubai, where it will be a guest to face Petro Atlético in Group C.

Wydad, led by Tunisian “Sheikh of Coaches”, Faouzi Benzarti, seeks to exploit the high morale after the team led the local league, and to achieve a promising start in the competition, which it aspires to win for the third time in its history. Benzarti hopes that international goal-scorer Ayoub Al Kaabi will continue his hobby by scoring the net and continuing to improve.

Before traveling to Luanda, Kaabi told the Moroccan media, “It seems that I have found the fugitive luck, and I will work to continue to catch up with this luck in Angola to register again.” In addition to Al Kaabi, Benzarti is counting on goalkeeper Ahmed Reda Al-Teknouti, defender Ashraf Dari, Al-Ajji Sheikh Kumara, midfielders Yahya Jubran, Walid Al-Karti, Ayman Al-Hassouni and Al-Libi Moayad Al-Lafi.

Kaizer Chiefs hosts the Horoya Conakry of Guinea in Pretoria. Horoya had defeated Petro Atlético in the first round.

Boris Johnson: Adults in England will receive their first dose of vaccine at the end of July